The Sky is (Not) Falling 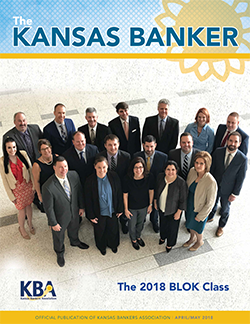 "The sky is falling." This is how one security writer described the initial panic experienced by the IT world early this year. Two unprecedented vulnerabilities named Meltdown and Spectre were reported on January 3, 2018.

These two vulnerabilities were and are a big deal because they are hardware vulnerabilities affecting any device with a silicon chip. This includes microprocessors on workstations and servers, mobile phones, tablets, cloud services, and other platforms. There were several matters which made these vulnerabilities seem scarier than other vulnerabilities.

Technical Aspects of the Vulnerabilities

Additional information provided by the researchers who discovered both vulnerabilities can be found at https://meltdownattack.com/.

Over the past few months, a process of mitigation has emerged. Initially, incompatibilities with updates occurred which could render systems unusable. It was and continues to be of utmost importance that you verify and test updates before installation. Prudently pursue and ensure the following security processes are effectively implemented within your organization:

Did you notice the mitigation items listed are the core elements of strong security cultures? Even though the vulnerabilities were recently discovered and the exploits breached protected memory as never before, basic security standards remain the first line of defense.

As it became apparent the sky was not falling, the vulnerabilities reminded us of the important fundamentals of security. No matter how far reaching an exploit may be, the potential of your organization being impacted is significantly lessened if:

The Meltdown and Spectre vulnerabilities serve as an important reminder to establish and maintain security best practices in your bank:

There will continue to be emergencies to address, policies to tweak, and fires to put out, but if you lay a good security foundation, the sky will not fall.

Carl worked for nine years as an information security auditor and consultant for CoNetrix and now serves as the Chief Operations Officer. CoNetrix is a provider of information technology consulting and managed IT services for business, IT/GLBA audits and security testing, Aspire cloud hosting, and the developer of Tandem, a security and compliance software suite designed to help financial institutions create and maintain their Information Security Programs.