Keep Calm and Plan for Incidents 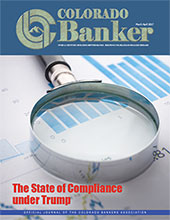 Floods. Hurricanes. Tornadoes. Fire. Power outages. The zombie apocalypse (well, maybe not that one). You don't have to be in banking to know these threats exist in our world. Although they may not have an exhaustive, board approved Business Continuity Plan ready to go in an emergency, the average person has some awareness that disasters occur and an instinct on what to do:

"The hurricane is projected to make landfall – shutter the windows and head to aunt Martha's."

Elementary, right? What about this one:

"The CEO just clicked on a link and now all of our files seem to be locked down – wait…what?!"

Is your bank prepared to respond to a situation like this? Do you have a plan?

Before we get too far, let's look at how NIST defines a security incident:

Examples of security incidents include:

Before putting together an incident response plan, you'll want to consider different avenues (called attack vectors) someone could use to carry out an attack. Here are some common, though not exhaustive, vectors:

Now that you are aware of the threats out there and possible vectors an attacker might take, it's time to document and formalize your incident response plan. Every bank will go about this process in different ways, but at minimum, should include the following:

No matter the size of the bank or organization, you'll want to gather an adequate and qualified team, usually dubbed a "computer incident response team" (CIRT), that can be activated in an incident response situation. The team's primary objective will be to serve as leaders and coordinate instruction, the involvement of proper persons to handle the issue, and generally carry out the incident response plan.

Last, and arguably most important, perform incident response testing. How do you know your plan is effective if it's never been tested? This is the practical, hands on portion that can be done several different ways from table top scenario exercises all the way to full blown simulations. The FDIC's Cyber Challenge vignettes (https://www.fdic.gov/regulations/resources/director/technical/cyber/cyber.html) are a helpful resource and starting place for testing ideas. The bank should schedule and perform at least one incident response test annually and report the results to the board.

Respond to Incidents and Carry On

Now that you are aware, have a team, and a tested plan, you will be much more prepared to handle any incidents that come your way.

Nothing to see here, carry on!